Trevor Lee-Miller, Ph.D.
Department of Kinesiology
Trevor completed his Ph.D. in Kinesiology, with concentration in Motor learning and control, at Columbia University in the City of New York under the supervision of Prof. Andrew Gordon in the Sensorimotor Neuroscience Lab. His thesis work examined the sensorimotor control of hand-object interactions. This work further reinforced the need to understand multisensory integration and its neurological foundations, which is one of the reasons that lead him to Dr. Block’s lab.
​
E-mail: tleemill@indiana.edu
Graduate students

Junghyun Park
Department of Kinesiology
Junghyun entered the MS program in Kinesiology, with a concentration in motor learning and motor control, in fall 2020.  She is interested in ​how aging affects motor control, and enjoys swimming and stargazing.
Undergraduate research assistants

Katherine Morgan
Junior in Exercise Science, Department of Kinesiology, School of Public Health
Katherine plans to become a physical therapist after earning her degree. She loves dogs and enjoys reading, spending time with friends, hiking and getting out in nature. 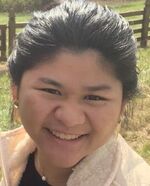 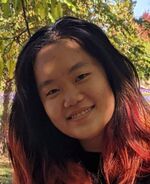